After a 6-year stint working in fashion in New York, Adrian J Ramos recently returned to Puerto Rico to discover a burgeoning creative scene had sprung up in his absence. In an exclusive series for Homoculture, Adrian profiles local creatives who have helped to rekindle his interest in his home island. In this, his first despatch, he explains what it is about the 19-year-old artist Kev J Rodriguez that captivates him so much…

Over the past 10 to 15 years the social and economic balance that once secured Puerto Rico’s status as the ‘Pearl of the Caribbean’ has been collapsing. The island’s one-foot-in-one-foot-out relationship with the US has created its own set of unique challenges. Although Puerto Ricans are US citizens many feel ‘second-rate’ due to the island’s commonwealth status. On top of that it currently faces and unplayable $70 Billion debt and has recently suffered the biggest exodus of its people since the 50s. Most, including myself, citing the lack of opportunity as their main reason for moving away. 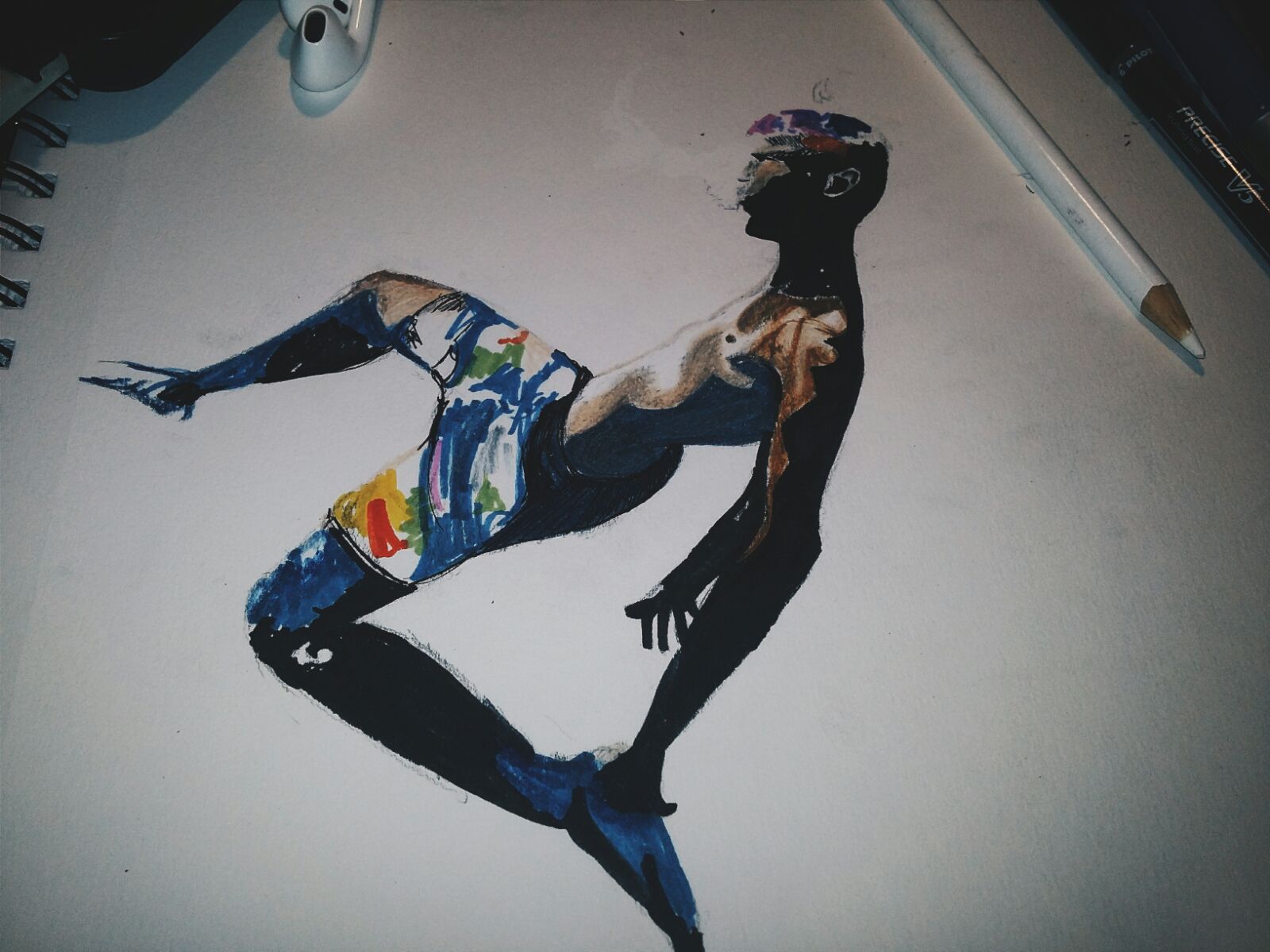 However, there remains a core of young Puerto Ricans who still see the potential and opportunities that the island has to offer and have decided to stay. Around them has formed a vibrant art and fashion scene which is receiving both a local and an international attention. Boutiques and galleries are opening up to showcase homegrown talent and there is a real sense of excitement about what is to come.

Amongst these young creatives is the 19-year-old artist Kev J Rodriguez. Came across Kev whilst casting for an editorial project. After an initial lack of success, I showed a friend my casting inspirations. To my surprise, he piped up immediately “I know of a boy who would be perfect for your project!”. My initial reaction was scepticism, but when he showed me his picture – through the magic of Instagram – I knew immediately I’d find my model. I reached out to Kev and soon struck up a creative conversation. The more we conversed the more I was charmed by his humility and the raw talent which poured from him. We finally met at the end of the 2016 and I have been enamoured by him ever since. 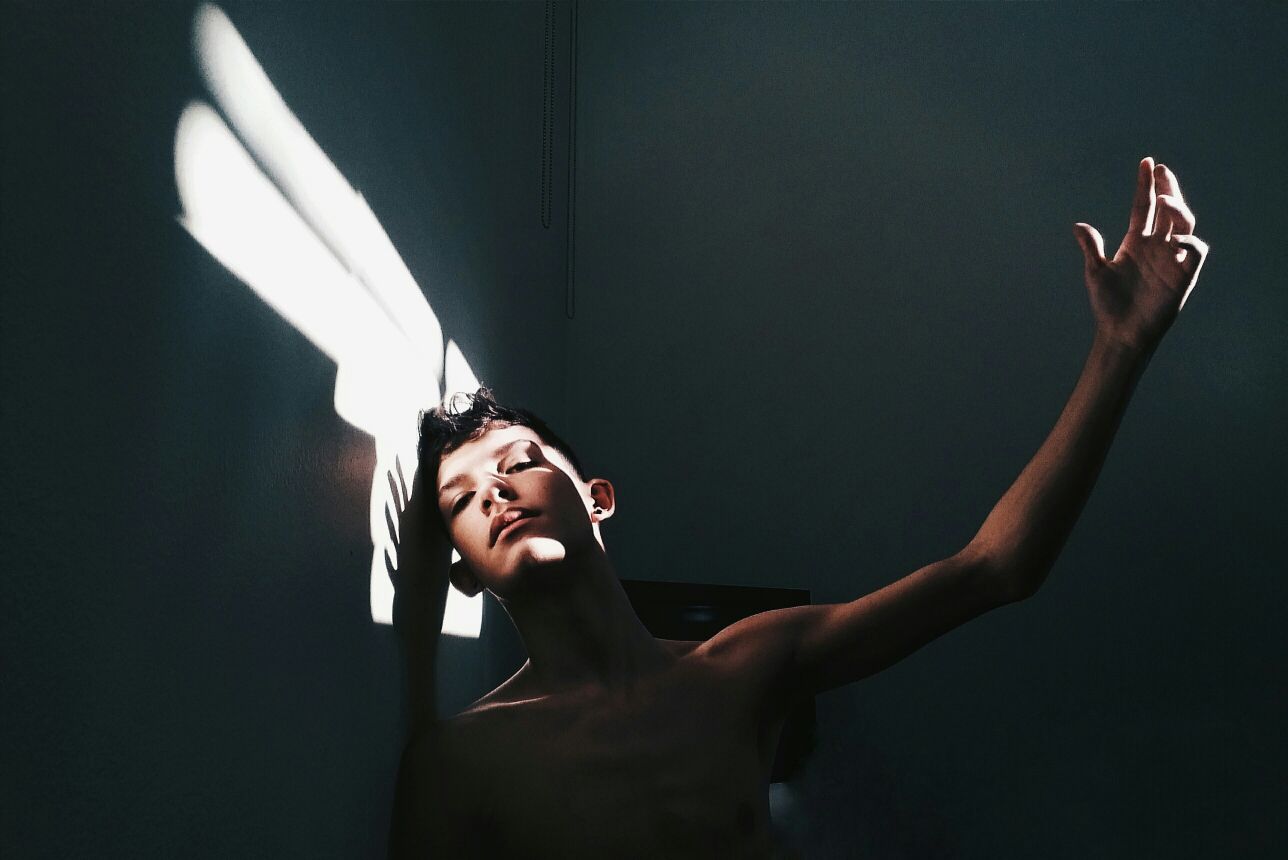 Hailing from the small town of Barceloneta, a lively area known for its rural simplicity and strong community. Kev had led a relatively sheltered life. But like many of his contemporaries intuitively utilised social media to expand his horizons, showcasing himself and his work on Instagram growing himself a substantial following of admirers. His feed, a mix of captivating, often semi-nude, selfies and colourful artworks proving perfect clickbait. Kev has been a painting for most of his young life and finds unlimited inspiration in the beauty of Puerto Rican island life. A beauty which he too clearly embodies. 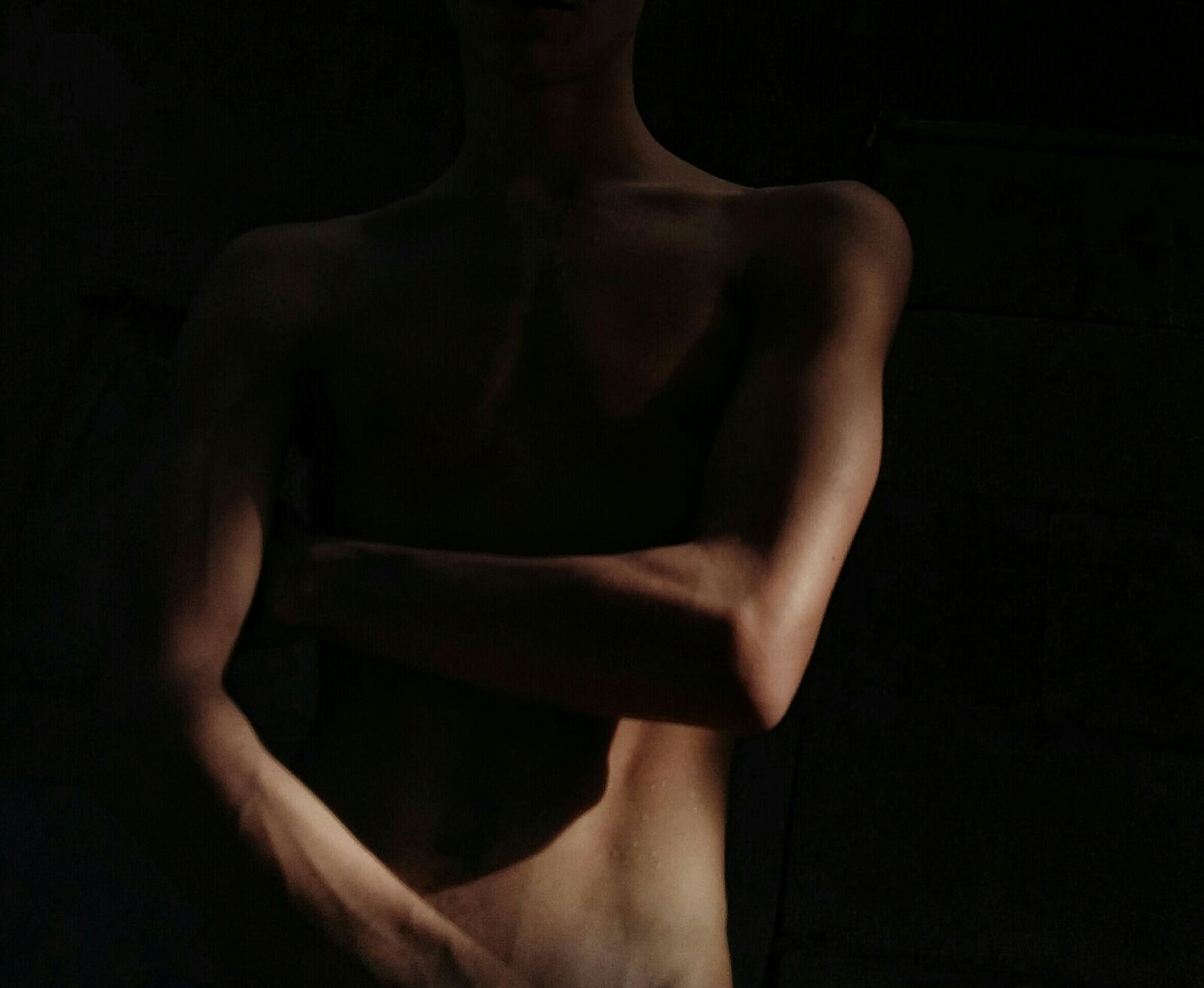 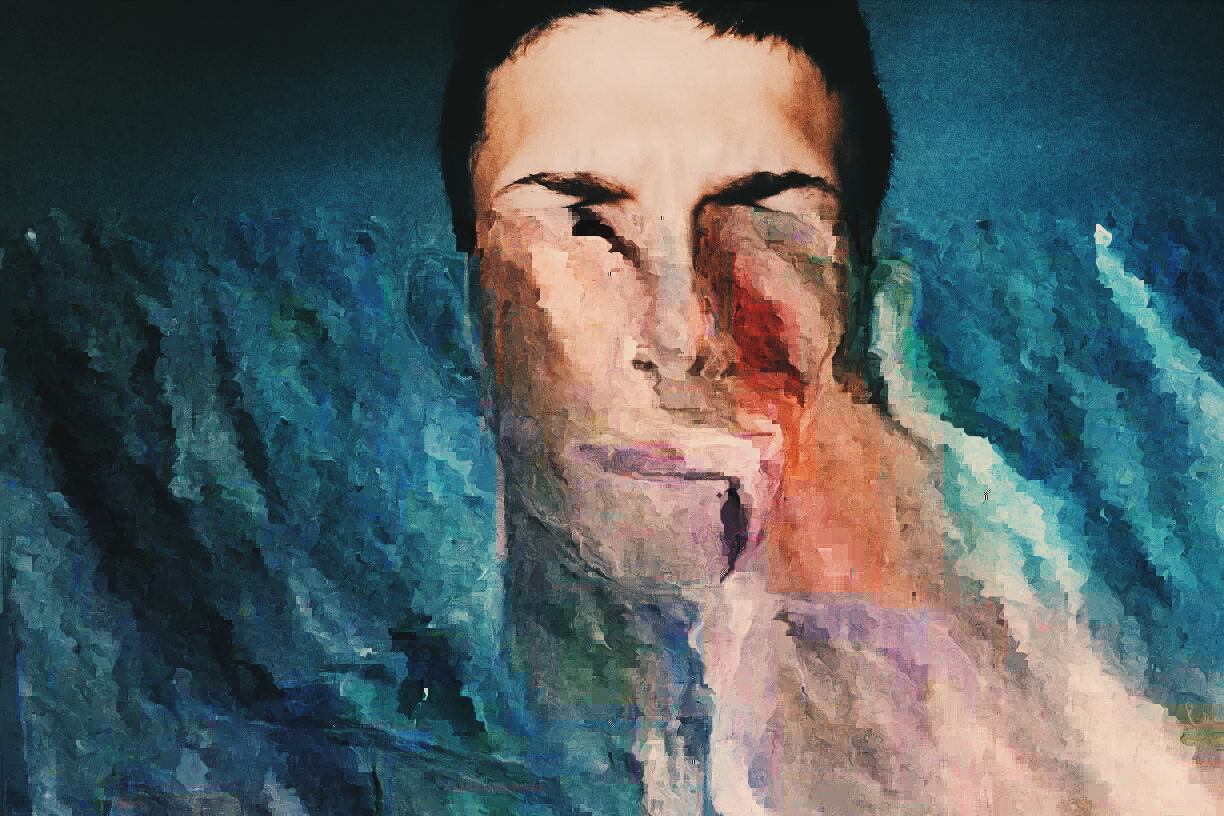 Kev enchants me in the way that any true muse should. I can’t help but look at every bit of his body and not be captivated. I love observing his passion as he paints portrait after portrait, makes sketch after sketch and I am constantly delighted with how he sees the world. He inspires me because he can find peace in chaos and convey that peace to others. Witnessing someone’s passion is my biggest turn-on and he exalts it through his paintings, photography but also through his sensual touch. There’s a curiosity in his thoughts always that always finds a way to express itself, even in his hands over you. I always have my camera or iPhone with me around him because there are moments that when I look at him, I don’t only want to hold onto but I want to share with others. Through this process, my desire for him has organically piqued the interest of local designers and photographers to work with him which has led to a number of collaborations. 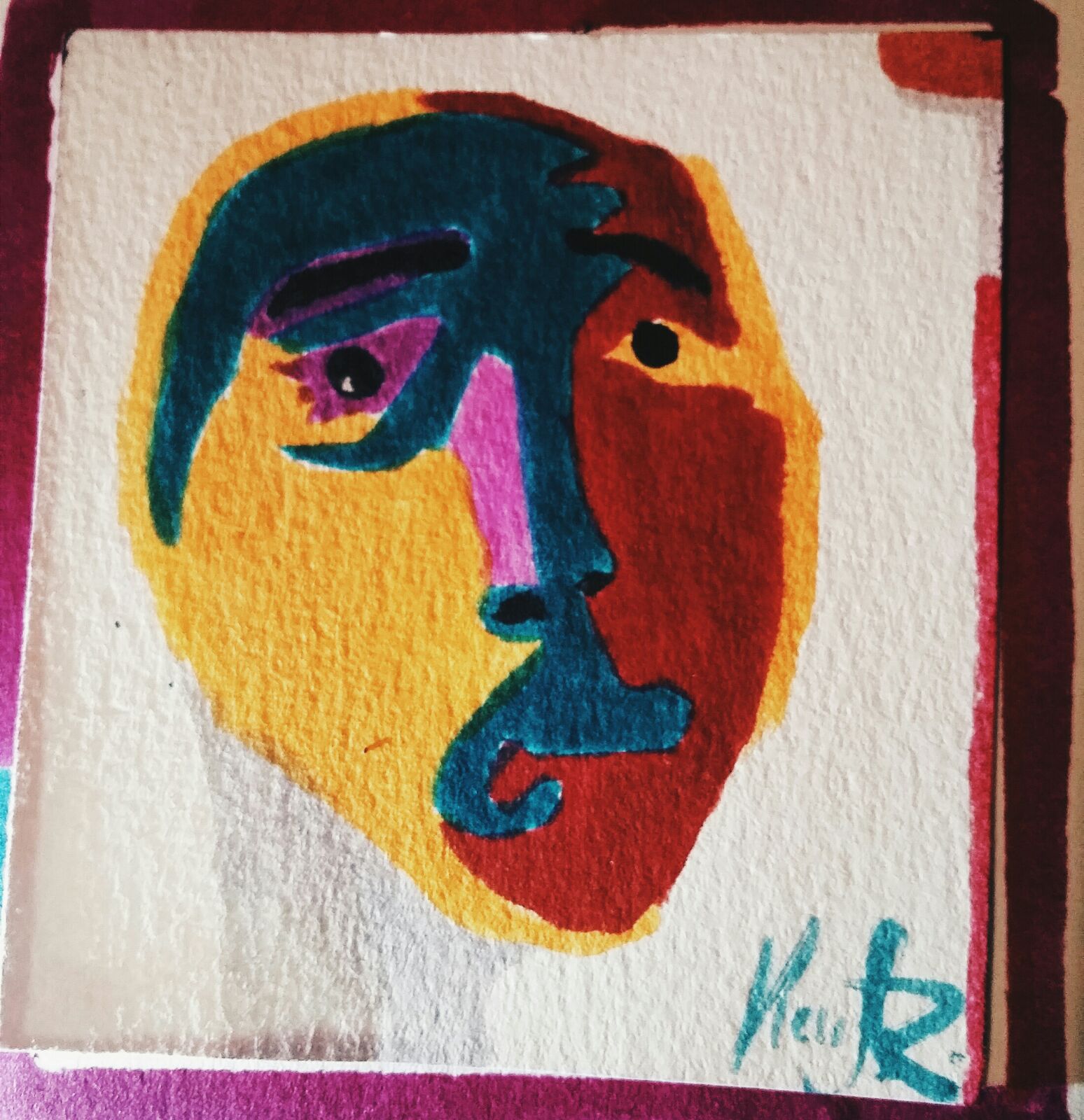 In the short period of time, we’ve known each other, it’s been like a mating of the minds. We are already in the process of creating various artistic projects and at the same time swimming in our own desires for one another that we hope we can show to the world through our art. One of our projects is a unisex fashion capsule collection line mixing his art with everyday pieces for everyone. Inspired by skateboarding culture and his undeniable love for homoculture, titled ‘Sosuke’. Another is a homoerotic photo shoot which we collaborate with a talented local photographer on. However we are in no big rush, we want to get it just right for the right market at the right time. Kev is such a talented individual that with the right direction could accomplish great things and I couldn’t be happier that to play a role in helping that to happen. 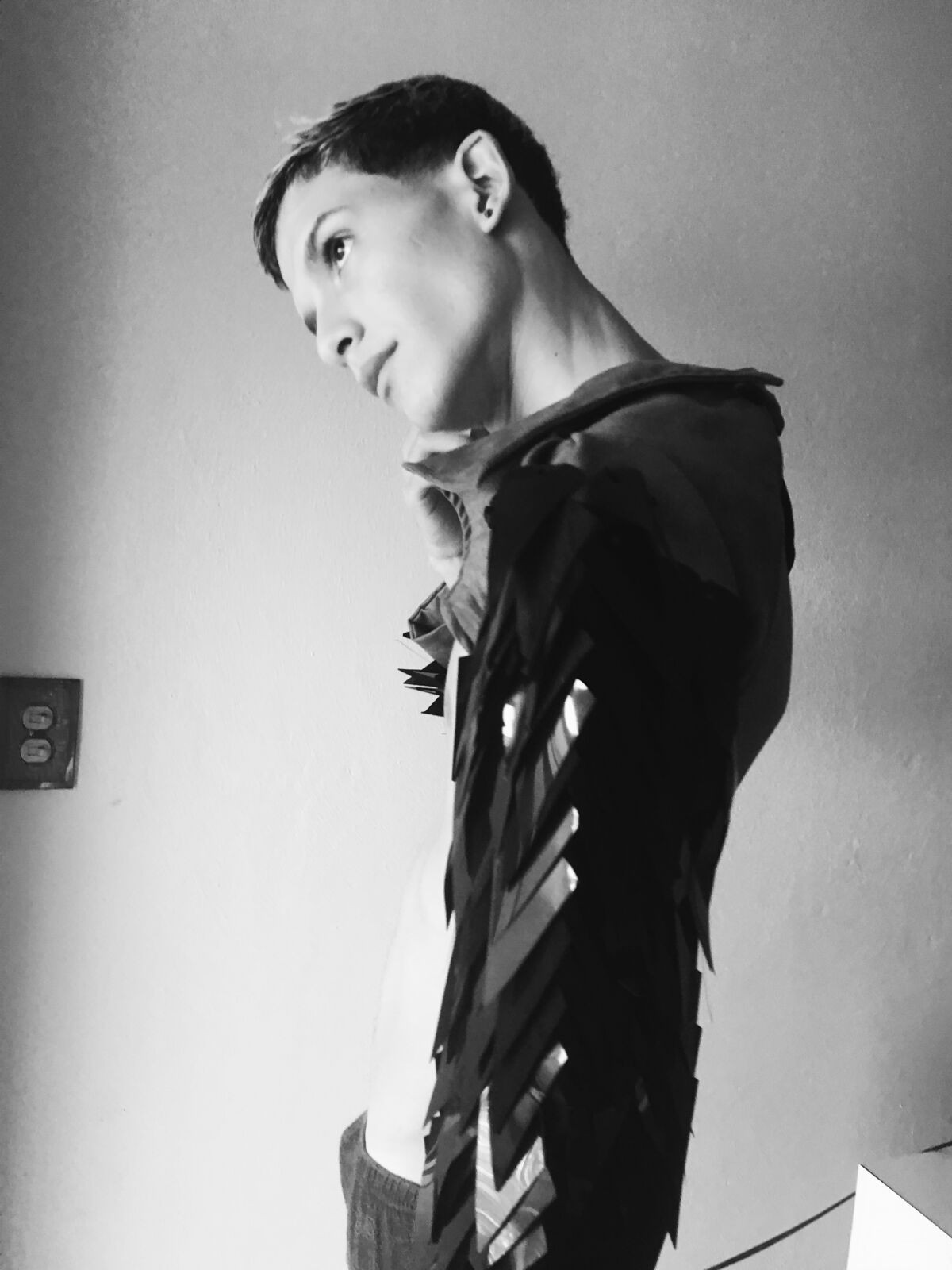 Although I left Puerto Rico disenchanted some years ago, discovering Kev’s charms has played a big part in reigniting my love for my island. Where I once saw only a dead end and no prospects I now see the bright light of creative possibilities, and that’s something I intend to take full advantage of in the foreseeable future. 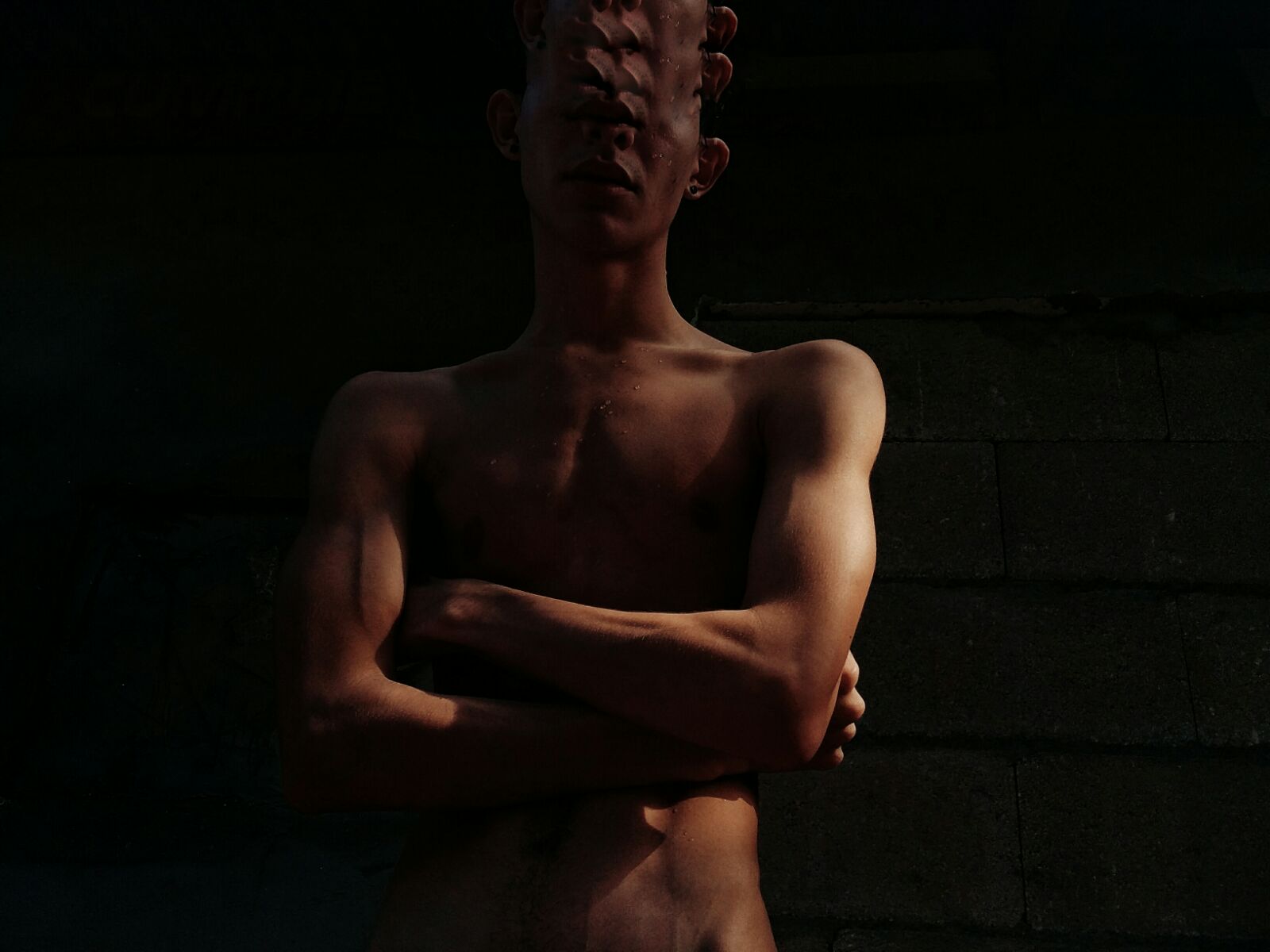 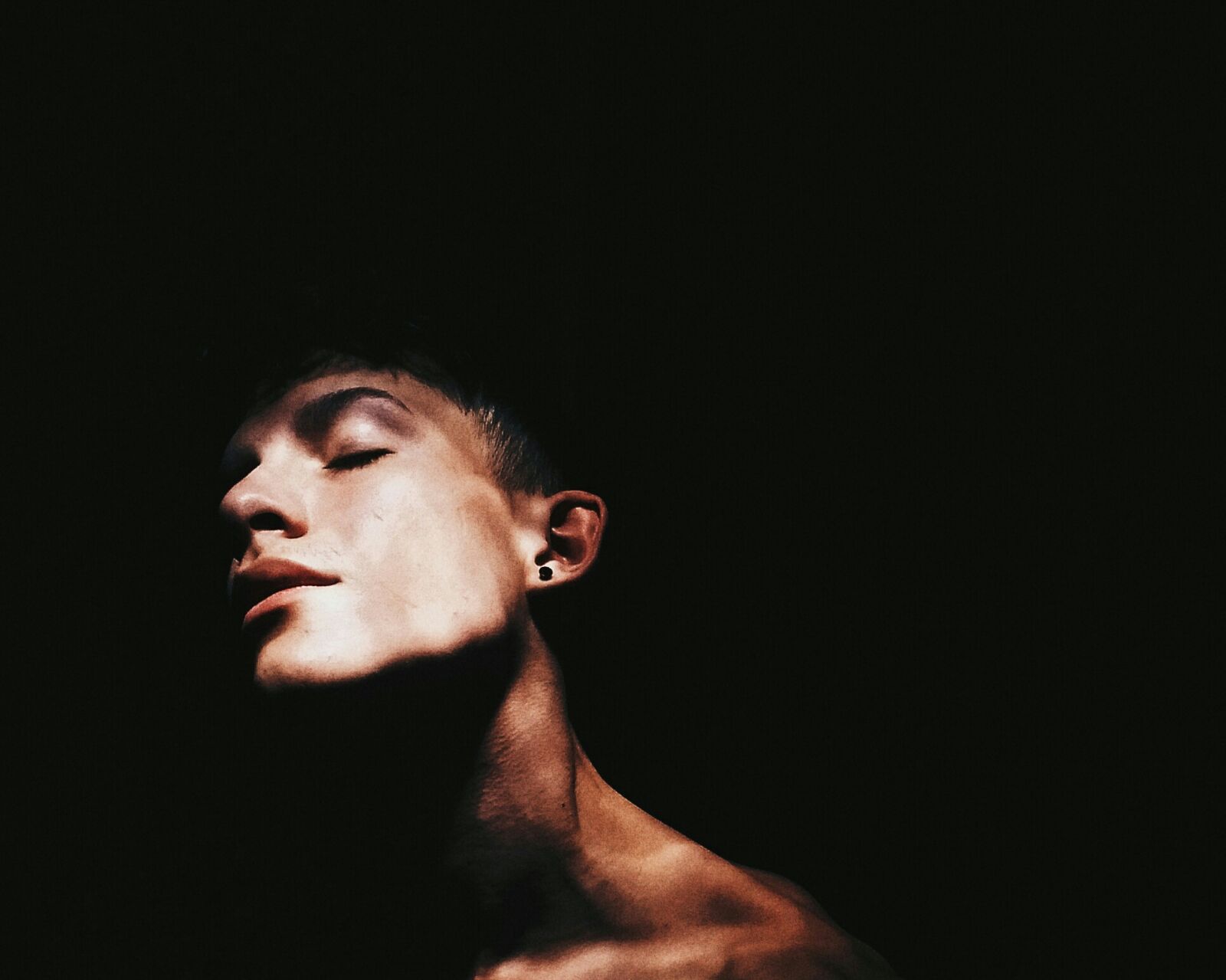 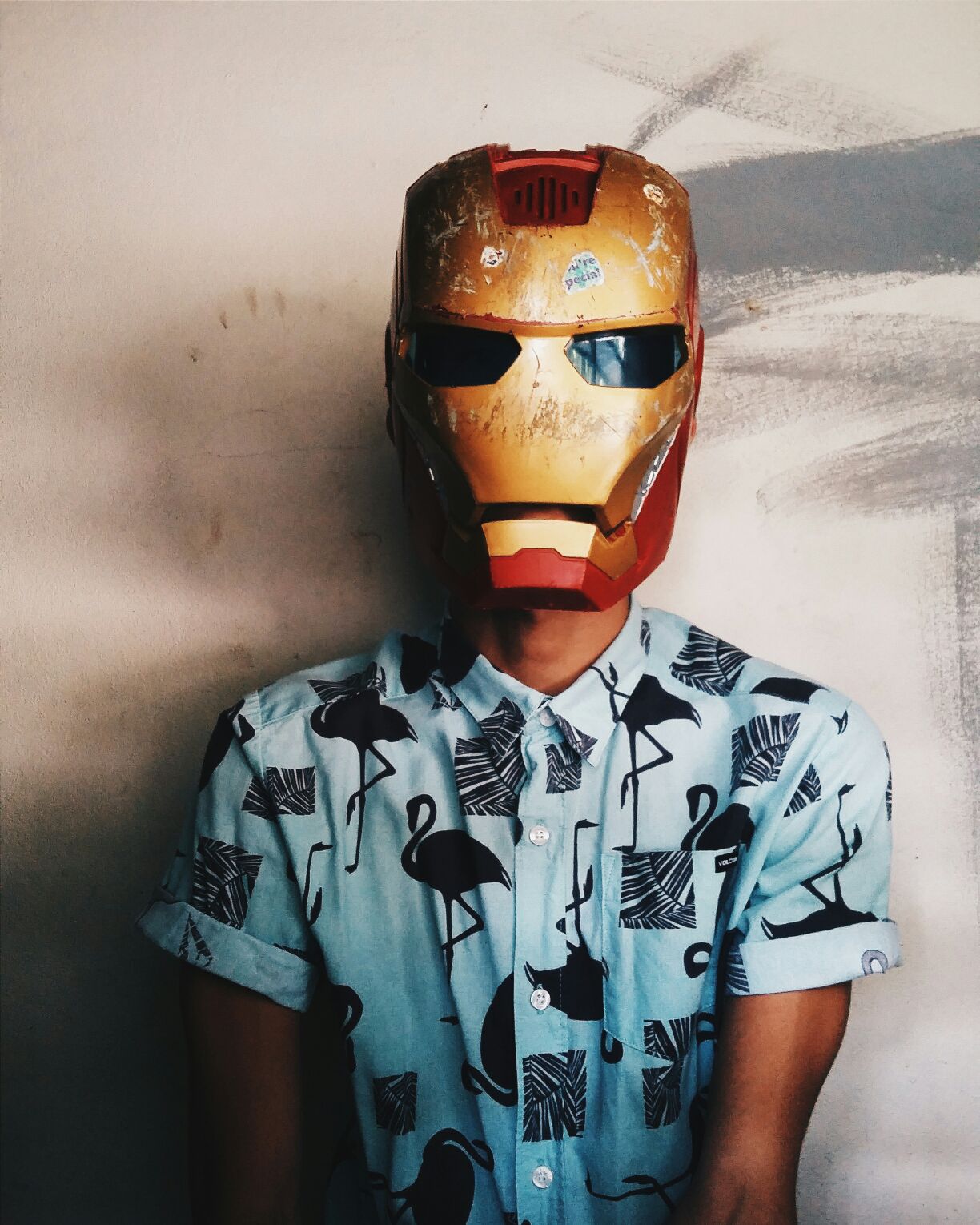 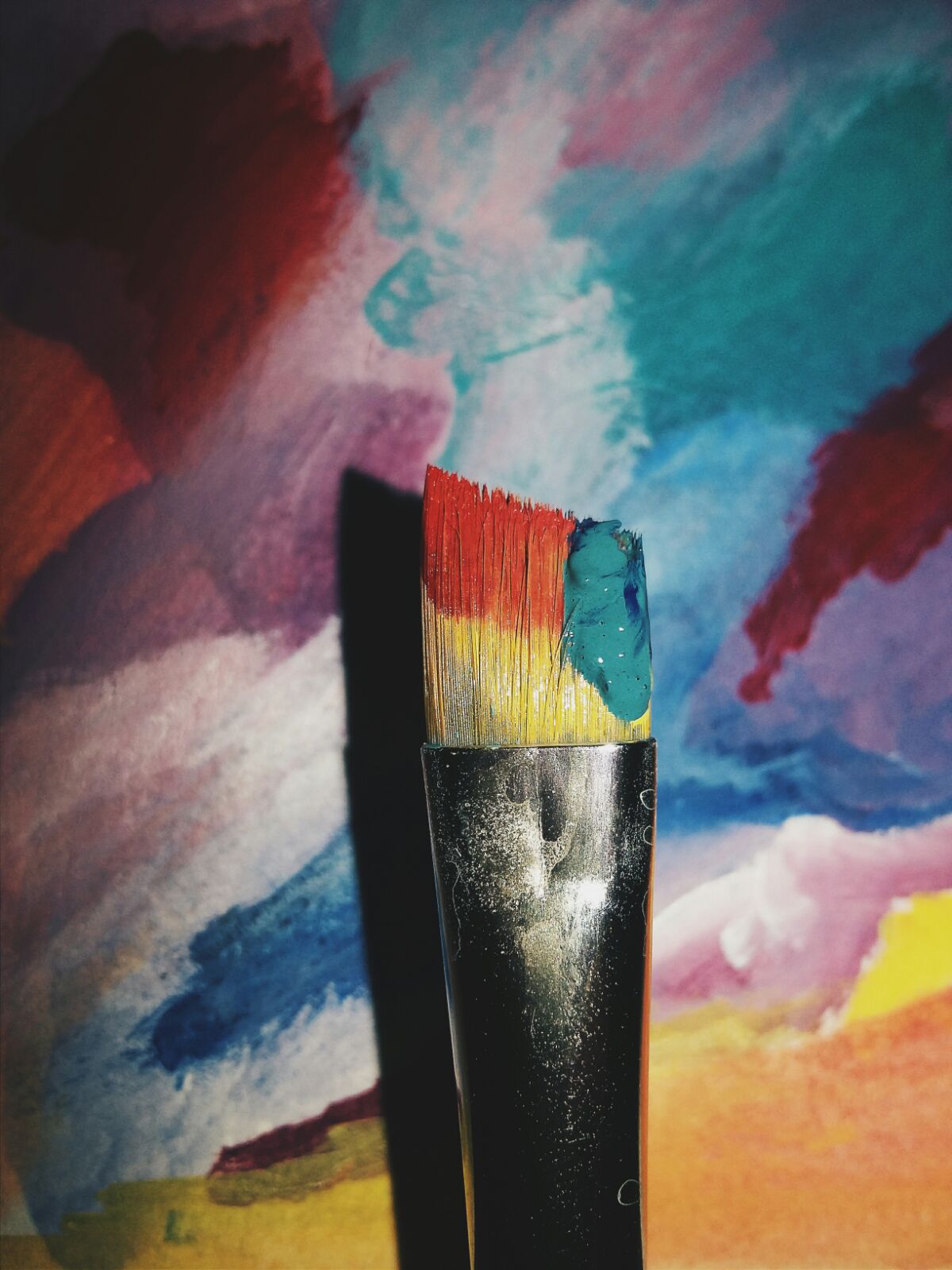