MP: What were your criteria for choosing the pieces included in BOYS! BOYS! BOYS!?

GP: There were no criteria other than that they had to be photographs. Curating the sale I wanted it to be a mixture of established names like Robert Mapplethorpe, Andy Warhol, Jack Pierson, and Tom Bianchi but also, and more importantly for me, emerging photographers like Tyler Udall, Luke Smithers Levi Foster, and Ryker Allen. There are so many talented young queer photographers whose work is not finding its way into the fine art market but deserve to. I also did not want to limit it to only gay photographers, so there are also some stunning images by female photographers including Vee Speers, Alexandra Catiere, Josephine Douet, and Alice Zoo – all that happens to be in my own personal art collection.

MP: How did you discover the emerging artists you have featured?

MP: From what I understand The Little Black Gallery is historically known for showing ‘straight’ art, how has this show and the queer items of the permanent collection been received?

GP: We are very much known for our artworks of sexy girls because we represent such great photographers as Bob Carlos Clarke, Marco Glaviano, Patrick Lichfield, Mike Figgis, and Terry O’Neill and as well as their solo shows we have an annual show called GIRLS! GIRLS! GIRLS! – Hence why we called this show BOYS! BOYS! BOYS!

But then we also represent the super talented Canadian photo-artist Tyler Udall whose images of boys are beautiful and real.

GP: This is a new area for me as my gallery, The Little Black Gallery, does not specifically deal in queer art photography. We are known more for girls. Mainly because of my background representing the legendary photographer Bob Carlos Clarke and his infamous erotically charged images of women (although we do have two of his very amusing images in the sale ‘Men Have Feelings Too’ and ‘Brief Encounter’ – which add a little bit of humour to the sale).

The reason I did the sale is that I have been collecting queer art photography for years and apart from ClampArt in New York there does not seem to be anyone promoting queer art photography.  I had been telling my friend Joslin Van Arsdale, Head of Photographs at Paddle8, that she should do a queer art sale and in the end, she just turned around and said you do it!  So here we are, and I couldn’t be more proud or excited at the sale.

MP: When did you start collecting?

GP: I’ve always collected art and photographs, but since I opened The Little Black Gallery, it has become an obsession.

MP: What is your connection to male image photography?

GP: I have been collecting queer art photography for a few years, alongside my main photography collection. I suppose as a gay man I’m naturally more attracted to it. Like any collecting, it has now become an obsession, and so I am building a permanent gallery space to hang my growing collection at my house in France which will be ready this summer.

MP: What advice do you have for people looking to start an LGBTQ-focused art collection?

GP: I think the advice is the same I give to anyone coming in my gallery: buy because you like it, and buy from reputable galleries, dealers, and auction houses.

MP: How easy is it to be sex-positive in an increasingly moralistic age?

MP: Where do you stand on the argument that any sexualised images of younger models by older artists are exploitative by their very nature?

GP: All photographers have to be respectful of the models they are shooting whether they are old, young, male or female.  I don’t see it as exploitative as long as the work is collaborative – which in many fine art projects is how the photo-artists and their subjects see each other.

What I do find interesting is that a lot of the new sexualised images we are seeing are self-portraits by photographers – both female and male. For example, both the images by Luke Smithers, and Othello de’Souza-Hartley in the sale are self-portraits. 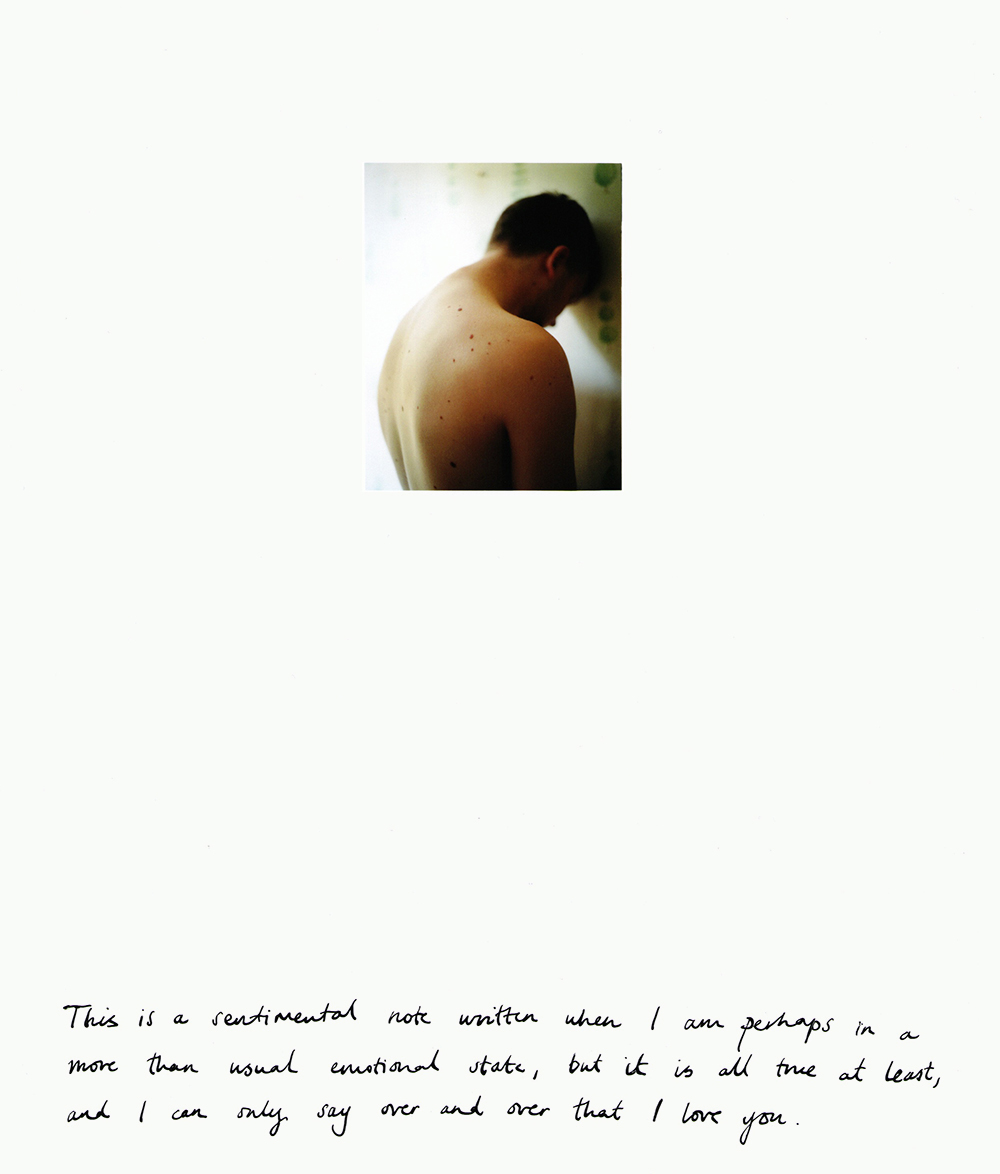 MP: What are your thoughts on the current move towards greater diversity, inclusion and representation in art?

GP: I think it is great. Now is definitely the moment for female artists working in the fine art photography world, and I am lucky enough to represent Anja Niemi who is one of the hot emerging female photographers. Hopefully, the next moment will be for queer photographers. Watch this space!

MP: Was it a conscious decision only to include predominately white models photographed by white photographers in this show, and if so why?

GP: It was not a conscious decision, but I was aware as I curated that we didn’t have any black photographers or models, and then by chance, I was introduced to Othello de’Souza Hartley, and I loved his images, and it just fell into place.

African photography and art are certainly having their moment too, but to be honest, most images I’ve seen are by female photographers like Tony Gumm. Although I did just buy a beautiful photograph by Kevin Ospea, who is from the Dutch Caribbean island of Curaзao. Hopefully, I can put some of his work in my next sale.

MP: Are there any plans for any other exhibitions/sales in this series?

GP: There is going to be another BOYS! BOYS! BOYS! sale on Paddle8 in June to coincide with Pride, and then I am organising an exhibition and book of queer photographs to launch in London in October and then tour to Amsterdam, New York, Paris, Berlin and other cities.

MP: What other shows/projects do you have in the pipeline?

GP: Our next big show will be launching the new series by Anja Niemi called ‘She Could Have Been A Cowboy’ at Photo London 17-20 May.

The BOYS! BOYS! BOYS! sale is curated by Ghislain Pascal of The Little Black Gallery for Paddle8 is now live, closing 19 March. Bid now at:  https://paddle8.com/auction/boys-boys-boys/